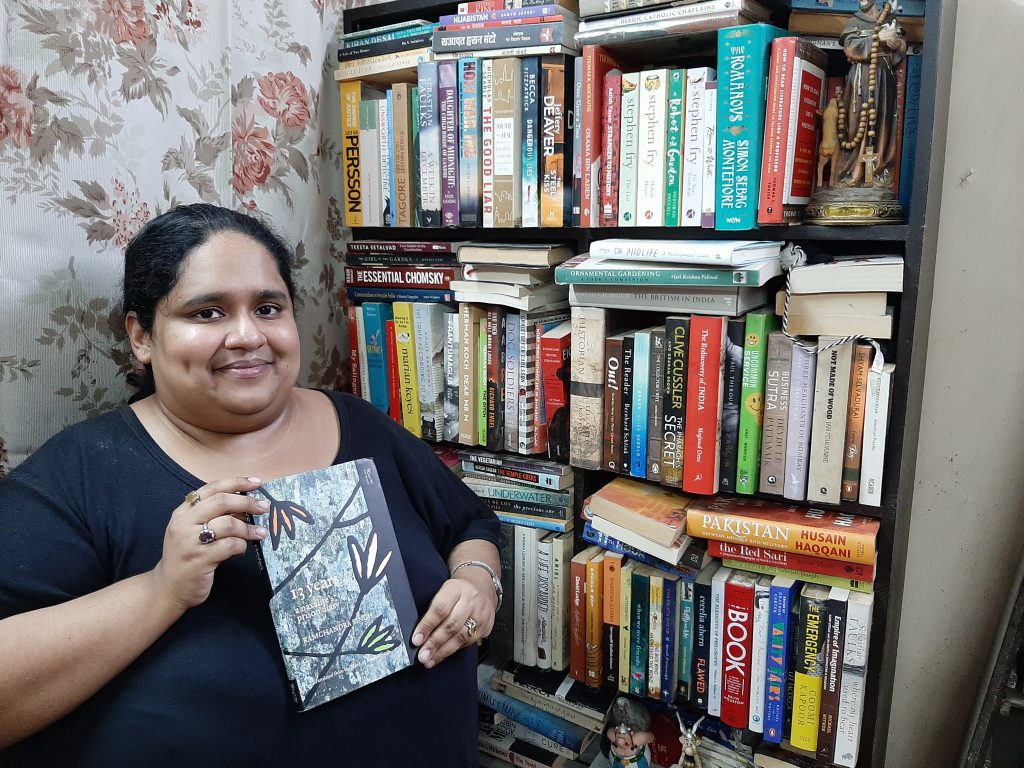 I have mentioned in a previous post that I am reading a lot of books from the publishing company Navayana Publishing. They publish brave and excellent content. This time I read Ramchandra Singh’s 13 Years: A Naxalite’s Prison Diary.  I received this book as a Christmas gift from my godfather and maternal uncle, Blaise Martis. He gifted this heartfelt book to me on Christmas Day in the year 2018. I guess he picked it up from Amazon because he loves to do most of his book shopping on Amazon or directly from the Navayana Publishing site. I only read this book this year, 2020. I finished reading this book last night, and I have mixed feelings about this diary.

Not that the diary did not move me. I certainly was driven by its honesty and its highly revelatory nature about how political prisoners:

This book was soul-scorching, where its truths about prison life are concerned. It’s even more enlightening where the lives of Naxalites are concerned, especially when they are in jail. I am personally a believer in democracy, and I oppose all forms of violence. However, as Singh mentions in this diary, many people in India don’t think like me. They can see the enormous economic gap between the ‘haves’ and the ‘have nots.’ How the ‘haves’ through their position in the economy and society become more than just ‘economically sufficient’ as the years, the months, and days are going by. The ‘have nots’ have lost their faith in Capitalism and its many promises. So, some of them in my country have taken to violence to create an environment for the coming of a socialist revolution, which will destroy the class divisions and create a socialist or communist society. Not only have the poor taken recourse to Naxalism and become left oriented but people from the upper classes as well as many individuals from the Scheduled Castes, Scheduled Tribes, Other Backward Castes, Dalits, and even just ordinary middle-class citizens who come from a variety of backgrounds have joined this struggle in defense of Communism, Marxism, Leninism, etc. This is their belief, and this was why after ‘annihilating’ a capitalist troublemaker, Ramchandra Singh, the author of this book, finds himself in jail. He thought he would remain imprisoned for the rest of his life. He has faced some of the most dreadful aspects of the prison system in India. But the question is: does he deserve to be treated on par with hardened criminals? He feels he shouldn’t because he didn’t ‘kill’ or ‘murder’ a person but ‘annihilated’ a Capitalist bloodsucker who was only creating pain for the poor. That is a tough question for all of us to answer. However, where this is concerned, I have my reservations. But the reality of the prison system in India where Naxalites are concerned is worse than your most hideous nightmares.

Singh was an ordinary youthful man. He was not over 21 years of age when he was put behind bars. His struggle to stick with the ideals of his communist group which is the CPI (ML), not to give up even in the face of all odds, and to maintain a calm and peaceful spirit in the face of the very rage and tyranny of jail life makes this book a remarkable read. His love for his teenage bride who cheated on him while he was behind bars does create a reflective perception in you. You realize that even a Naxalite can fall in love, head over heels in love, and stay true to a distant dream that they should not indulge in because they should be devoted to the revolution.

In the story comes the terrible incarceration in one of the most notorious jails for physical, sexual, emotional, spiritual, and psychological abuse. When you read the parts where:

When you read all of this, you wonder what exactly is right from wrong. Yes, they have committed a crime or more, but is our country’s justice system restitutive or retribution? Is what is going on in Singh’s life legal? Humane? Fair? These are the questions you are left with, which makes the strongest democrat uncomfortable with their Constitution. This book will make you uncomfortable, because through Singh’s truth, we are shown a mirror to our truth—we are disgusting!

I have read a lot of books regarding life in prisons and so this book was not something I was not familiar with. But seeing it from a small-town Naxalite’s perspective was unique. It made me question myself and think over certain things that most good books make you do. The rampant sexual abuse of young adult men or just young, good-looking men in the year 1982, while they were in prison, is not comfortable to read. However, Singh has a very talented storytelling voice, which makes you see what he saw and hear what he heard and felt what he felt. The sexual abuse back then was horrendous, including those of young Naxalite boys who were used as if they were animals most of the time.

The jail system in India even in this day and age, is quite a Gulag. We wonder whether the dreams of the Leftists and Communists will come true, and one day there will be no more prisons in a socialist future. However, we’ve seen the evils of this system; we’ve seen its minus points, and in certain countries, we have even seen them become too right-wing in nature. I don’t know what the solution to Capitalism, Communism, or anything for that matter is. However, I know that this book moved me to question certain things about my Indian reality. If you want to read this book and learn something about a simple and humble man who spent 13 years of his life as a political prisoner in our country’s jails, then pick up this book and read it today.

Read this book if you are:

I’m giving this book a 4-star rating on Goodreads, only because of my democratic political leanings. Otherwise, the book is well-penned, excellently handled, and very well presented by Navayana Publishing. Just make sure you read this book with an open mind and don’t misunderstand the book’s core with the outer casing. Please read the book, and make this world, and the justice system of our country a bit better and not bitter.

I was intrigued by the fact that the book was written in Hindi. It has been translated into English by the deft and firm hand of a very astute translator, Madhu Singh. I will be looking out for more of her translated books or books penned by her soon. I appreciated the interview the publisher of Navayana had with the author of this diary in the latter part of this book. Get your copy today!