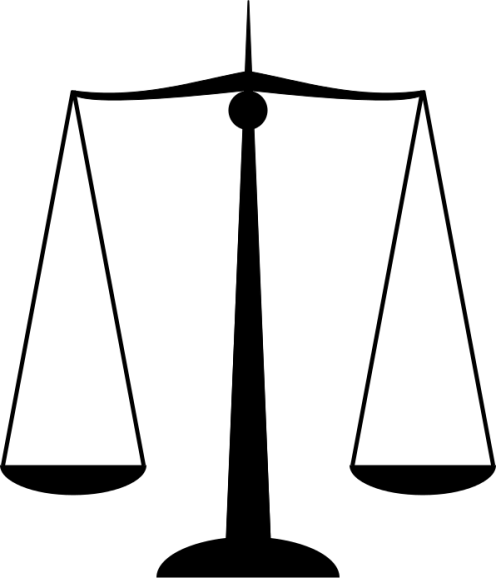 My name is Rebecca Harrison and today I want to tell you my story. My father’s name is Russ Harrison and he is the Canadian ambassador living in India. Due to my father’s job my mother and I had to shift along with him to India two years ago. We first were staying in New Delhi but after a month, we shifted to Mumbai.

Father was very concerned about my education and so enrolled me in an I.B. school near by our home assigned to us by the government. I wanted to do home schooling but father was determined that he would not spoil me. Besides, I was an introvert and he felt I needed to be in a regular school while we stayed in Mumbai whose syllabus was as good as the Canadian syllabus back home. So in the end I started going to school. My days were filled with projects and homework assignments, especially in Mathematics and English. I made a few friends at school and we used to spend the weekends at my place doing homework and then reward ourselves by visiting the different malls in Mumbai. Father’s work kept him away for most days in the week but he used to take mother and me occasionally for dinner at ‘The Ambassador’ which is an amazing restaurant.

My life was going on quite well for an introvert. I graduated with good grades which pleased both my parents…however; I was unaware about what was going to happen to me after I graduated to the ninth-grade last year.

In the ninth-grade I met this boy called Alfred who was two years my senior. I realized in my very first meeting with him that I liked him. We started going out together and doing our homework together at his place. My mother was very concerned about my safety but I paid no attention to her anxiousness and continued to meet Alfred. I was getting so involved with Alfred that I cut myself away from my old friend circle. They warned me not to get too involved with Alfred but I scoffed at their words. To me Alfred was a nice boy and I loved being with him. Little did I know that Alfred was going to ruin my life forever.

It was the 7th of December, 2013. The cold winter of Mumbai had set in. It was 9:30pm when we emerged from the mall after having a pizza and hanging around window shopping. Alfred put his arm around my shoulder, bent his head to my left cheek and gave me a quick kiss. I was so happy that I thought I would burst. Alfred then put his hand around my slender waist and we walked towards an inner road near the mall which was stinking of garbage and urine. I was so excited that Alfred had kissed me that I did not pay attention to where we were going; all I could think of at that moment was that Alfred loved me and that we were going to be a very happy couple.

At the end of the road, we came to a dead end. Two broken down cars were parked to the left of us while a urinal for men stood to our right. That is when I woke up from my ecstasy and took a good look around…there was not a soul in that area except rats and centipedes which were crawling all around the place.

“Alfred, why did you bring me here?” I asked him in a curious tone of voice. It was then when it all began.

Alfred drew me closer to him and started kissing my neck. It happened so fast that I did not have enough time to retaliate. He then started feeling my back…feeling me all over…and I was just trying to push him off me.

“Alfred…ALFRED LET GO OF ME! I’m not comfortable with you doing this,” I said in a timid voice full of fear which I did not recognise.

He did not listen…he began to bite my ear lobe and that is when I realized that we were not alone. Out from behind the broken down cars came out two, then three and lastly four of Alfred’s school friends. All of them were smiling wickedly egging Alfred to continue with what he was doing to me while another boy whom I did not recognize came out of the urinal with a digital camera…focussing on Alfred and me.

“Come on dude poke yourself into her man!” yelled one of Alfred’s friends from the twelfth-grade. A chill ran up my spine and my feet felt like melted clay. I started to push Alfred off me, but he was too strong. I tried to push his face away from mine, but he kept on coming at me, licking my cheeks and my forehead like an animal.

“Need a little help Alfred with this bitch?” asked one of the boys who moved towards Alfred and me…unbuttoning his branded shirt buttons and grey denim jeans.

“Be my guest,” Alfred said pushing me into the other boy’s arms as he began to take off his t-shirt.

Alfred and his friend tore my clothes off me while the guy with the camera went on filming…filming my rape.

“GET OFF ME──GET OFF ME──GET OFF ME,” I yelled and hollered. They all dragged me from the road in the urinal and one by one, all those twelfth-grade boys raped me several times while their friend filmed the whole gory scene on his Sony camera. One of Alfred’s goons when he could not get a proper penetration put his filthy hands into my vagina and tore my hymen. Bright red blood stained the germ infected urinal floor and my light blue jeans. At the end of it all, I was thrown out of the urinal onto the muddy ground naked, bruised and bleeding profusely. It was then that Alfred’s friend with the Sony camera switched it off. He handed me my ripped white blouse and jeans to me. Shivering in fright from the December cold I grabbed my blouse and jeans and held them close to my naked breasts, crying profusely like a woman with fits. The guy with the camera then warned me in a rather gentle tone that I was not to go to the police or tell my father about the rapes or he would post my whole rape video on YouTube. In all that confusion and madness I nodded my head in assent like a fool. The boys along with Alfred then formed a ring around me and ordered me to stop crying, dress up and wash the blood off my jeans and vagina with a bottle of water one of them had brought out from behind one of the broken down cars. You can’t imagine the humiliation I felt as I with trembling and bruised hands dressed myself infront of those beasts. As I washed my vagina Alfred ordered me to hurry up but the more I washed, the more blood flowed out of me. My vagina was throbbing and I was feeling nauseous. Finally I fainted there infront of them as my doctor told me later due to the severe blood loss.

I was found in the morning by some Good Samaritan rag pickers who gave me some water to drink and in the end used my cell phone to call the ambulance, the police and my father.

At the hospital I was checked and cleaned up and given blood transfusion. My father and mother came to my room. Their faces were pale and my father looked like he had grown twenty years older overnight. They asked me who had done this to me, but I did not tell them anything…in my naivety I really thought at that moment that having my rape video on YouTube was worse than telling my parents the truth. The police came but I refused to speak. I kept on saying that nothing had happened to me.

It took me three days to at last tell the hospital counsellor about my gang rape. She was shocked to hear that all the boys who had committed the crime were below the age of 18. When I asked her what the problem was, she stated that under the Indian Penal Code, no person can be jailed for committing a rape if the person was below the age of eighteen. Such persons were only kept in a juvenile delinquent centre and were released after they became adults.

I WAS SHOCKED and so was my father. Being an ambassador from Canada also did not help. Alfred and his gang of rapists were in the end only put into a juvenile delinquent centre and I was not given the justice that I deserved.

This however is just not my story…this is not the story of the fourteen year old Rebecca Harrison but also the story of a number of rape victims who have been raped by ‘so called’ juveniles. Was it an ‘innocent’ mistake on the part of my rapists and Alfred that they are now in a juvenile delinquent centre while I am suffering from the scar they have permanently left upon me? Was it ‘by accident’ that the rapes happened or was it all planned out by logical thinking minds? Lastly even if Alfred and his friends are today in a juvenile delinquent centre, what guarantee can the Indian judicial system give me that they will come out as better people?

My father, mother and I are trying to get help from officials from Canada to get me justice. But to tell you the truth dear reader, I shudder at how many lives are being ruined by lawmakers not drafting more stringent laws to stop rapes in the country. No wonder Alfred was so confident that night when he kissed my cheek. He knew he would get away with it one way or another; for the country’s rape laws are honey for rapists…and acid for its victims.

(This is a work of fiction. Names, characters, places, and incidents are a product of the author’s imagination. Locales and public names are sometimes used for atmospheric purposes. Any resemblance to actual people, living or dead, or to businesses, companies, events, institutions, or locales is completely coincidental.)