A powerfully gripping tale told by Fiza Pathan, Amina: The Silent One will fire up reader’s emotions while bringing them to tears. – Originally critiqued by the staff of Authors Talk About It. 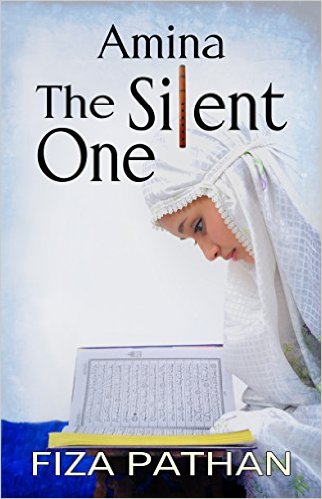 A powerfully gripping tale told by Fiza Pathan, Amina: The Silent One will fire up reader’s emotions while bringing them to tears. Amina, born in India as the third daughter in her family is unwanted and viewed as a burden by her parents and abusive grandmother. Their belief of daughters being burdens is heightened as her mother gives birth to two more daughters. Tragedy strikes Amina’s family bringing devastation to her, her father and her grandmother. Yet, Amina’s tragic circumstances have only begun. Her father unknowingly marries her off to a man who turns her into a sex slave. The beauty of Amina’s musical skill, which has been her saving grace throughout her life, helps her once again within the prison of her marriage. But, will it be enough to save her and the others that are victims of her husband and mother-in-law?
Fiza Pathan is a compelling storyteller, and even though Amina: The Silent One is a little slow to start, it becomes a story that readers won’t be able to put down. They’ll want to know what happens to Amina and her music. They’ll want to know what happens to the other girls forced into sexual slavery by Amina’s husband as well as the husband’s fate. Fiza shares a story that portrays more truth than most people realize exists. It is heart-wrenching, while at the same time it is inspiring. Amina: The Silent One gives hope to women around the world even when they are innately afraid to speak out loud. This is an eye-opening story with a message that needs to be shared far and wide. Highly recommended.
Originally critiqued by the staff of AuthorsTalkAboutIt.com on March 16, 2016.