You are here: Home / Reviews / ‘Newspaper Chronicles’ by Shirley Harris-Slaughter

I read Shirley Harris-Slaughter’s standalone short story ‘Newspaper Chronicles’ last night on my Kindle. I was attracted by the cover and synopsis of the book. It was worth every penny I paid for it.

I always think at certain moments in my life that if I did not go in for teaching or freelance writing, I too would have been working at a newspaper agency by now. That didn’t come to pass, but I recall those memories and whims, off and on. That’s one of the main reasons why I picked this wonderfully crafted standalone short story to read. Little did I know that this story would show me the reality of the position of women of color working in newspaper agencies in America in the 1970’s and 80’s. The story was something I’ve read a lot about in books in the past – prejudice against women of color, discrimination against hardworking Black American women, the glass ceiling effect, etc. After reading this well-presented short story I pondered that in India, we also are discriminated against in this manner at the work place. We are either discriminated on the grounds of race, sex, caste, religion, class, region, creed, etc., and all this in the second decade of the 21st century.

After reading ‘Newspaper Chronicles’ you will be compelled to ask these questions of yourself. And hopefully, you will want to stand up and take some action, be it in a small way, for a better life for Black-American women and women of color all around the world at their work places.

I liked the way Slaughter acknowledges through her character, Leslie Allen, that there were already two strikes against her name:

And I would like to add a third strike which would be that the character was living in a much more patriarchal and rigid time in the latter portion of the 20th century.

Are we better off than we were in the 1970’s and 80’s? Has the #MeTooMovement bettered some of our issues we face as women? When will the patriarchal world not put us women into these ‘boxes’ of prejudice and stereotyping and get on with things that really matter, like working out how to save the Earth!

‘Newspaper Chronicles’ is a swift read, thought provoking and very much a must read for women today, be they of any race. It is a good, wholesome and erudite read which I highly recommend. 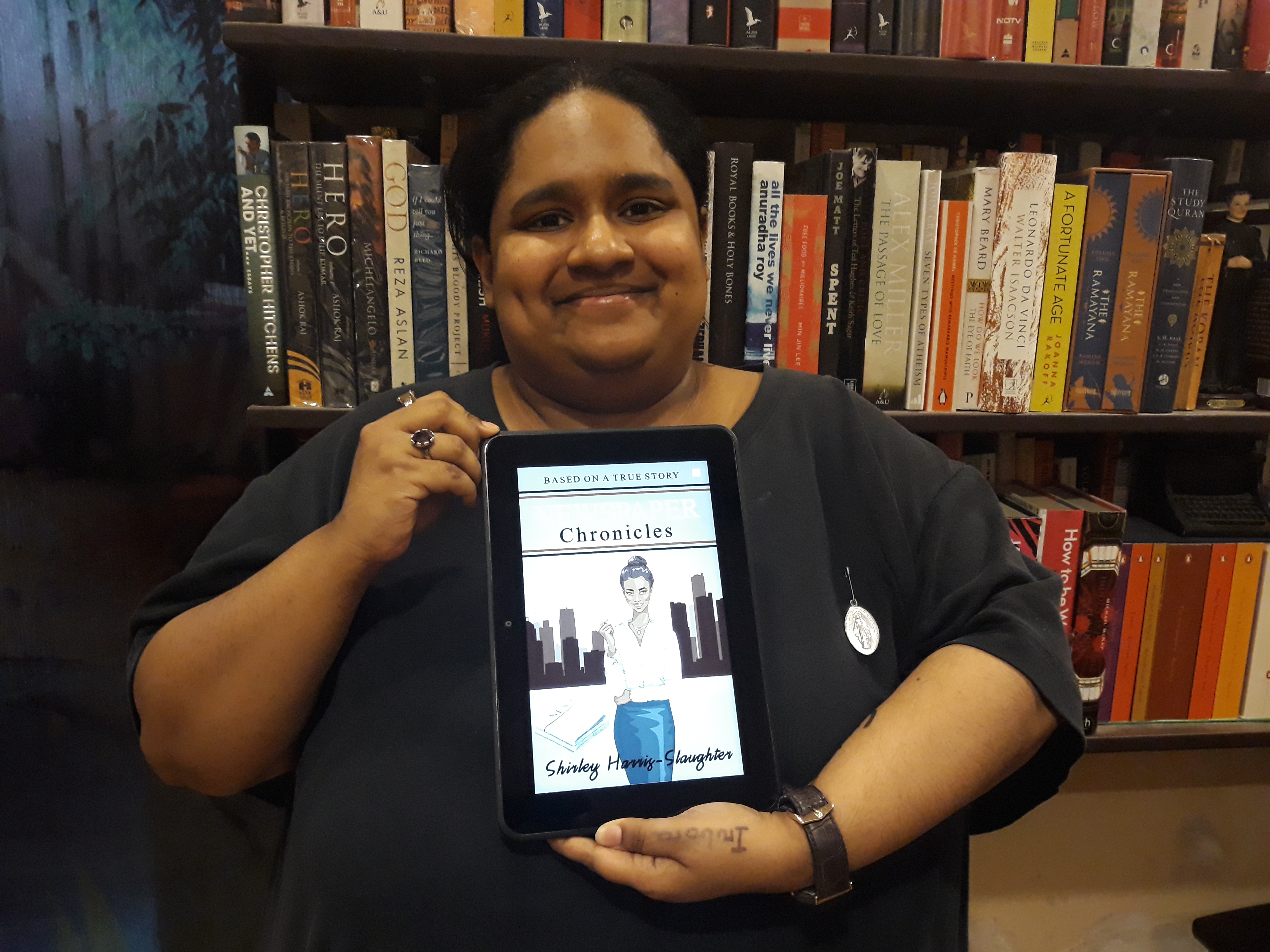 Buy it at once. Read it during your coffee or tea break at work. Read it while commuting to or from work. It’s a well-polished and well-edited piece that will touch your soul. To all working women out there, who have been or are facing problems at work, here’s something that Slaughter is trying to tell you. That the world will always give you a raw deal: it’s patriarchal and this attitude has been there for eons. You will have to make yourself heard, be respected and paid your due. You need to speak and not be silenced.