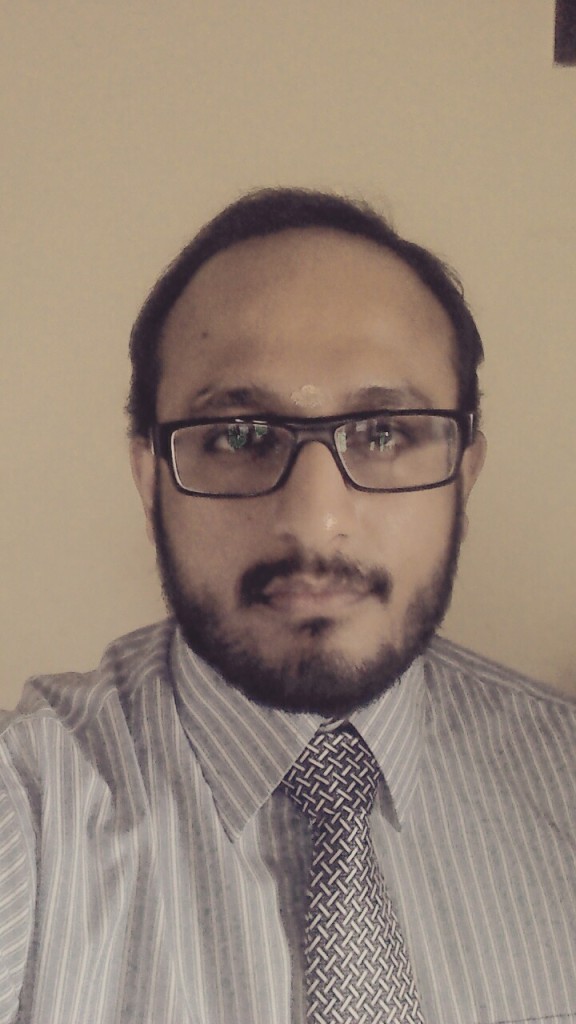 You not only published your book Guild Hostilities in 2014 but also graduated as an engineer in that same year. Therefore was 2014 a really memorable year for you?
Yes, obviously, 2014 was a really memorable year. I would call 2014 as a divine sword that helped me to slaughter the confusions in my mind. Before the release of Guild Hostilities, I was a totally confused bloke. Never was I an educational genius; right from kindergarten to under-graduation I just was a little squirrel perching on a fence that separated those so called “average”, and “above average” students. I, the little squirrel, didn’t like that position; I tried many times to leap forward and fly over the pool of above-average students to fall into pool beyond it – the pool of outstanding students; every time I tried, I failed.
Ever since childhood, I always had that urge in my heart, to engineer a talented person out of myself, but, I honestly didn’t have the nuts and bolts to do that engineering handiwork. I clearly knew that, just by being a student, and studying for examinations, I can’t make a talented person out of myself; I knew that I have to do something else.
When I was fourteen years old, I discovered that I could write well, but, I never had any idea of becoming a novelist; or, for that matter, till swimming out of school-life, and crawling onto the shores of engineering-student life, I never had any idea of doing something related to writing. The idea of trying to become a novelist came like a lightning bolt, and left a permanent scar in my mind. It happened when I was a college student; I spent days writing little stories, and incoherent poetic verses which my fellow mates loved to read; that’s how I knew that there are a few people who will like it if I write. One evening, while seeing a documentary on B.B.C. about the India-Pakistan partition, I got an idea about writing a novel which tells about the sufferings of the people who lived through those hideous and ghastly riots. That’s how Guild Hostilities was born. Then, after writing it, I wanted to use it as a tool to discover whether people who don’t know me will like it. That’s why I self-published Guild Hostilities.
Right when Guild Hostilities was published, my engineering course came to an end; then, I had to find a job. My father owns a company that sells medical goods; to sell them, we’ve to draft well written speeches and deliver it to consumers; it involves a lot of writing. I told my dad that I would like to join him in the business, and I promised him that as I can write well, I can be a good seller of goods too. He, a kind man, gave me a chance. I did well in the business, and it was a great encouragement to see myself getting something out of my skill to project the positives of things in an artistic way. Along with that encouragement, I also received positive reviews for my book from strangers; that strengthened the pillars over which my confidence of becoming a good writer stands; I also got a few negative reviews, but, those negative reviews were also encouraging, and promising – they said: “You just have some little problems, mate. You already have learned many topics in writing, you just have to learn some little things; just do it, and you’ll become a good writer.”
2014 was the year in which I found the spot where I have to dig to get the gold. It’s an amazing year! It said to me: “You have the talent. Just be an introvert, and patiently dig this spot; you’ll definitely get the gold.”

Thank you Barath for enlightening insaneowl.com & its followers about your work as a writer. Continue the good work & all the best for your future ventures. I do hope that we may be able to speak through the medium of my blog once again in the near future. Warm regards from Fiza Pathan.
Copyright ©2016 Fiza Pathan
http://insaneowl.com/2014/07/27/fiza-pathan-interviews-c-r-barath-narayanan-author-of-guild-hostilities/
http://www.amazon.com/Guild-Hostilities-Barath-Narayanan-ebook/dp/B00LAB6SSQ/
http://www.amazon.in/Guild-Hostilities-Barath-Narayanan-ebook/dp/B00LAB6SSQ/