Where do I begin, this is my first blog when it comes to writing about ‘Black Sheep’. I won’t make it long as you all might get bored at some point.

Firstly let me introduce myself. My name is Reshel Shah Kapoor, I’ve been in the film industry for over eight years and am also a film lecturer. I have mainly been a Producer in production work and this will be my first venture as a Director and Producer on a feature length documentary named ‘Black Sheep’…what else I have brown eyes, was born in Barkingside Hospital and just turned 28!

Black Sheep is a passion project. It all started years ago when I was in UK. I was born and brought up my whole life in UK but am an Indian and it used to amaze me how people around me would try and always set ground rules in my life. You must aim to be a doctor, studying . . . studying . . . studying – exams felt like saving the world with the amount of pressure we had, talking to boys was bad and so much more! Yet I used to see my friends around me who had no such rules and used to just live in normality.

For a while until I finished my university I didn’t accept my true Indian culture mainly due to the rules we had. I must say my parents were relaxed. Of course it took some time but with me they understood but that was mainly due to my older sister who made sure I followed what I wanted – she is till date my rock and I owe her everything for that. I was the child who wanted to learn filmmaking and had no love to become that doctor, accountant or dentist and was always going to take my life in a different route and they understood it, maybe that’s why for a while I was seen as the ‘Black Sheep’ by many people!

When I moved to Bournemouth for my degree that’s when I really understood life. Still not accepting my Indian roots I started to understand the importance of choice and understanding human nature. I had a number of friends who were homosexual. It didn’t bother me and I remember we even had someone in my degree that had changed gender. For the first five minutes (maybe ten!) I was confused but I realized how if they don’t hurt me or bring harm to my life it’s better to be happy for them and understand the idea of accepting. Soon I didn’t really care what decisions people made as long as it’s what they wanted to really follow in life, I guess because being an Indian girl picking film as a degree was rare in my community so I understood slightly why they chose to change gender or whatever it maybe; it’s about meeting your destiny.

After my degree, I moved back in with my parents but I needed more. I wanted to learn more about life and myself and so I moved country. As much as it was heartbreaking leaving my family in UK I needed to do this for myself, follow my destiny. Years had passed and soon I had met the man I can now proudly call my husband. The one thing Jatin taught me is how to embrace my roots and culture. Jatin is from Delhi and once he had told me to go to India as a tourist and see if I could connect to my country. I did.

I was in love with the people, even though India has its issues──which country doesn’t? I adored how people would have hardly anything in their pocket yet smile as though it may be their last day. The history I had learned amazed me and I was proud to call myself an Indian.

A year and a half ago Jatin had proposed to me and I was excited to have the Big Bollywood Wedding in Delhi. My family had told me that a group of Hijras may come to the wedding. I nodded my head and said OK but soon I realized their importance of “blessing the bride and bribe.” I honestly did not know much about Hijras, from what people told me it was men dressing up as women. 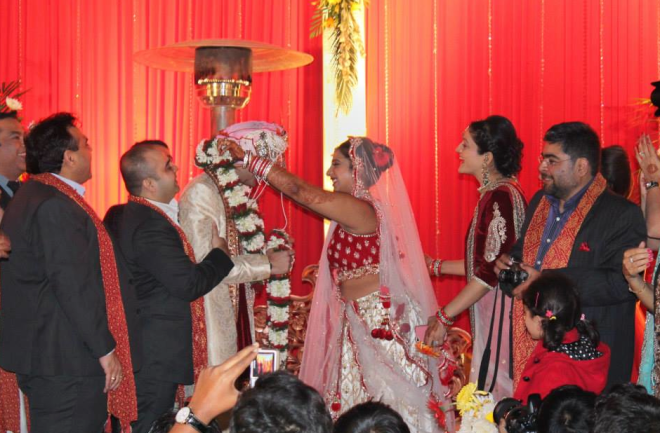 After a hectic stressful year of organizing a wedding, we got married and we loved it. No Hijras turned up. But couple of days later they came to my in-laws house and I was caught off guard. They were not men dressed up as women, they were transgender or transsexuals──why had people told me they were just men dressed as women? These were women; they looked like women, dressed like women and danced like women. I must admit a little bit of me did judge them, not for becoming women but for asking for money. My sister-in-law had told me not to judge them because the life they had chosen didn’t allow them to have normal jobs. That surprised me somewhat. She soon told me a story that made me see another side of these women in India called Hijras.

After my sister-in-law had told me this story, I soon wanted to know more about Hijras. I read about three thesis on them, watched documentaries on them and spent three months educating myself on them…but it wasn’t enough I knew something was missing…what was it? I had learned about them as sex workers, beggars, the skills in blessing ceremonies and of course the way they treat the public. What had I not found?

I rattled my brains and looked back into my past, asked myself what annoyed me about people who judged me for picking film as a career…there it was, it used to upset me how people would see me and judge me and would not know me as a person. Get to know me and you will know me as me, not just another Indian girl…the same had to go for these women. I found no research that showed Hijras or these women as humans, a person who had feelings, loved and cared.

So my search began to find the other black sheep who wanted to be seen as an equal, not to be judged in the first second, to be heard.

I started my passion project.

The Merchant of Venice Act 3, Scene 3