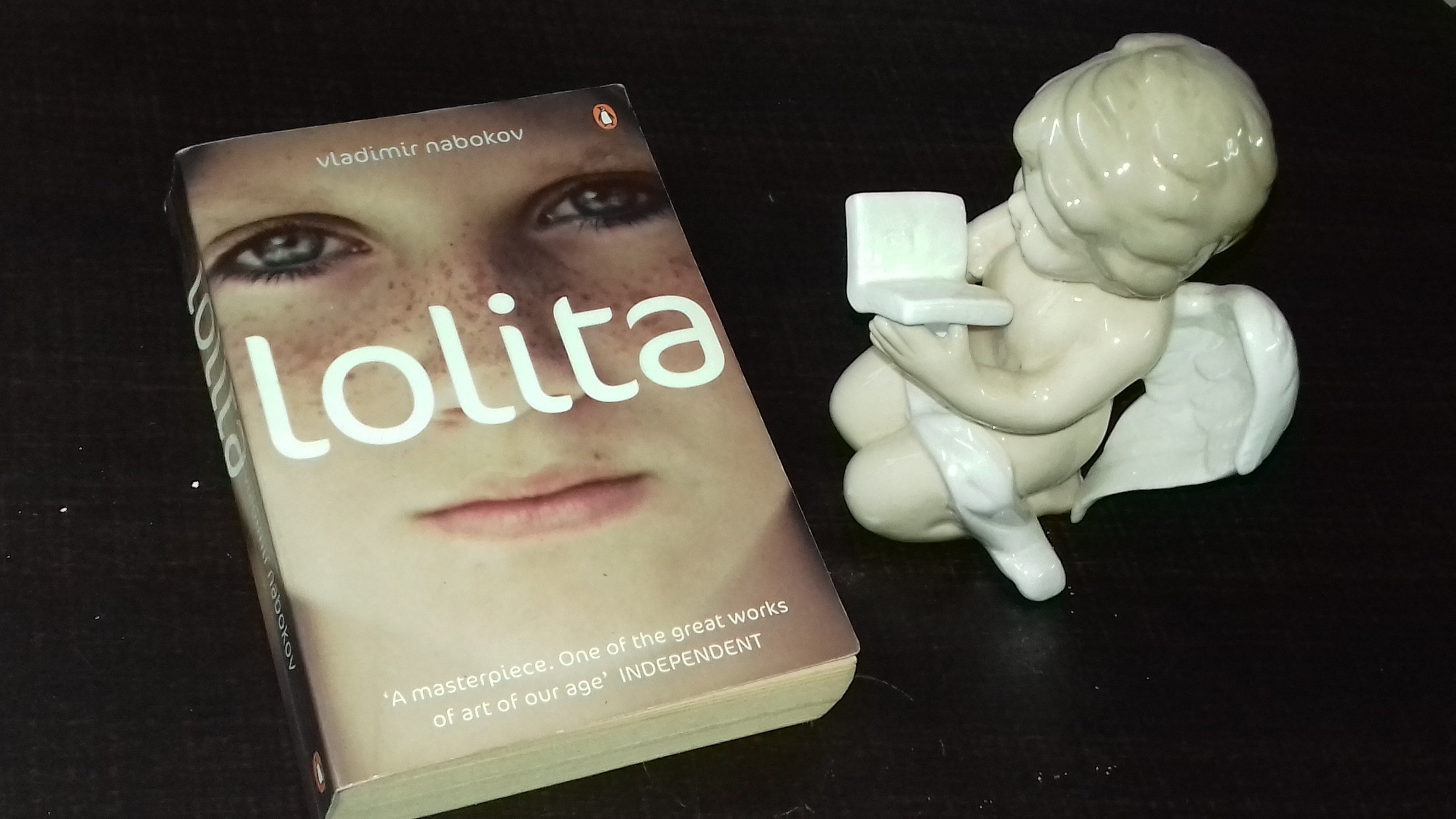 I read this book in 2011 when I was teaching at a regular school. I was 22 years old back then and loved the book. I reread this book in February 2019, and it still has that magic that shocks you, shames you, and serenades you. ‘Lolita’ by Vladimir Nabokov is one of the most lucid, beautiful and poetic books in the form of prose that sweeps you off your ‘common sense’ into ‘the essence’ of your soul.

I’ve realized over the years that there is no middle ground where opinion of this book is concerned: either you love it or you hate it. As a writer and publisher of social issue fiction, it is a wonder in itself that I love the book. Yes, pedophilia is the main content of the book, a taboo topic in Nabokov’s time, but then again for those of us who know a bit of Vladimir Nabokov, he was always a writer who wrote not to please an audience but to shock them and to write on taboo topics. Had he been alive, he would have loathed writers of social issue fiction like me, because for him fiction was sans all the rules of society. Fiction in the form of a novel was to captivate but not titillate. Fiction for Nabokov was to work magic with words and descriptions. Fiction was art, and ‘art’ had no place for the rules of mundane society.

Hence, we come back to his ‘Lolita’, the book that we remember him for. True, students of literature and of other humanities may remember him for his other well penned works like ‘Pnin’, ’Pale Fire’, ‘Glory’ et al, but if you ask a regular guy walking on the road whether he knew Vladimir Nabokov I can guarantee you that the bloke will turn around and say, “Oh yes, he wrote ‘Lolita’ that book about pedophilia.”

Pedophilia and ‘Lolita’ go hand in hand in the minds of people who don’t know Nabokov. I for one was such a person back in 2011, when I purchased the book from Kitab Khana (Fort). I wanted to read a book about the mind of a pedophilia patient. What I read on the other hand blew my mind away. What I read was a masterpiece in prose, but on a topic that scandalizes you. Jesus said he hated the sin and not the sinner. I’m sure he would have been foxed about what to say about ‘Lolita’.

The story is unique. A 30 something man of letters falling head over heels ‘in love’ and ‘in lust’ for his landlady’s 12-year-old daughter Dolores Haze. Dolores is a wayward child: playful, blunt, lazy, carefree, and the girl the pedophile Humbert craves for. He craves for her so much that he marries his landlady to be able to have access to her ‘daughter’. The landlady on finding out one day of his pathetic intentions sort of commits suicide. Then Dolores Haze comes under the care of Humbert, the man of letters, who uses his position as ‘step-father’ to ravish his ‘nymphet’ as he calls his daughter, along with other endearments like Lolita, Lo, Lola etc.

What happens after that is packed with action of a surreal kind and I’m not going to spoil it all by analyzing it here, for now.

What I would like to concentrate on here in this blog post cum book review is: How can one ever like such a book? I remember back in 2011 when I was reading the book in the teacher’s staff room, a teacher colleague of mine saw the title of the book and was shocked that I was reading it. Let’s not forget that at that time I was 22 years old, teaching boys of 16 years of age; whatever went on in her mind taught me something about the book, and that something is that it’s got a reputation for being indecent, sick and perverse. And anyone who read it and was not a literature student must really be as bad as Humbert, the tormenter of his little Lolita. Being frank, I read it because of another reason altogether, and I think that’s why most of us do read the book anyway – I was curious.

I was curious about how a book about the mad ravings and cravings of a pedophile could be concerned great literature. And for those looking for titillation in this book, you’re not going to find anything like that in the book at all – no graphic descriptions of sex scenes AT ALL throughout the whole book.

Nabokov has handled all the love making very well, and has instead concentrated on the characters, the moods, the scenes, the lyrical sentences all which adds up to a genre of literature that brings tears to one’s eyes for the man, Humbert, who would otherwise be the most hated of all men, but here in ‘Lolita’ is our anti-hero. I think that shows us the power of words, sentences, phrases and how if they are strung up together, they like the cords of a harp, speak to the music of our souls. Nabokov has taken a taboo topic and through his words has touched a cord of that harp in our soul and has made us… ahem… adore his Lola, Lo, Lolita.

And thus, we must realize that if it were not for the genius of Nabokov’s passion for words, ‘Lolita’ would not have been remembered today as a classic, but just another book about action, sex mania and would have been forgotten by us. That it is remembered today is because the book speaks to our souls who love good literature, and to our souls who know that we too are full of paradoxes of personality. Humbert was a psychologically weak man; Dolores Haze was stronger and much more of an adult and rationally thinking individual than her ‘so called’ step-father or as we would definitely term today as, her molester, rapist, abuser and other words that make our hairs stand on end.

And yet, I am a writer who advocates the right to punish or chemically or physically castrate the abusers of innocent children. I’m a teacher and deal with students from ages 5 to 16 at my tutorial; I wouldn’t want any monster like Humbert near them. Yet, it is also true that I liked ‘Lolita’.

And thus, I think Nabokov has won. He was always a writer to shock but, in my case, he has shown the power good literature can have on people open to seeing a different point of view of certain circumstances and certain situations. Nabokov loved creating paradoxes in people’s minds, and he has succeeded in that objective with me—I love ‘Lolita’ but I hate pedophiles.

There is a saying that the biggest robber is the one who robs a child’s childhood. Humbert the narrator of ‘Lolita’ did so and yet, I cried at his parting words at the end of the book.

I recommend this book to only those readers who have not suffered sexual abuse during childhood, because reading this book could bring back certain bad memories which would not go down well with your condition. If you are of a strong disposition on the other hand, be free to read but I would still rather you avoid it. If you want to read Nabokov for the first time, I would suggest you read some of his Russian translated books first and then come to ‘Lolita’. But if you are curious, the way I was curious back in 2011, then you can start off with ‘Lolita’ but read it with an open mind concentrating on the synchronization of words which managed to make an abominable sin seem a bit like a morbid sort of serenading. Those of you who do not have a open mind or a broad perspective of things, and like your literature to not scandalize you then this is not the book for you. But it would help to broaden your analysis of the human condition if you did after all pick it up to read. 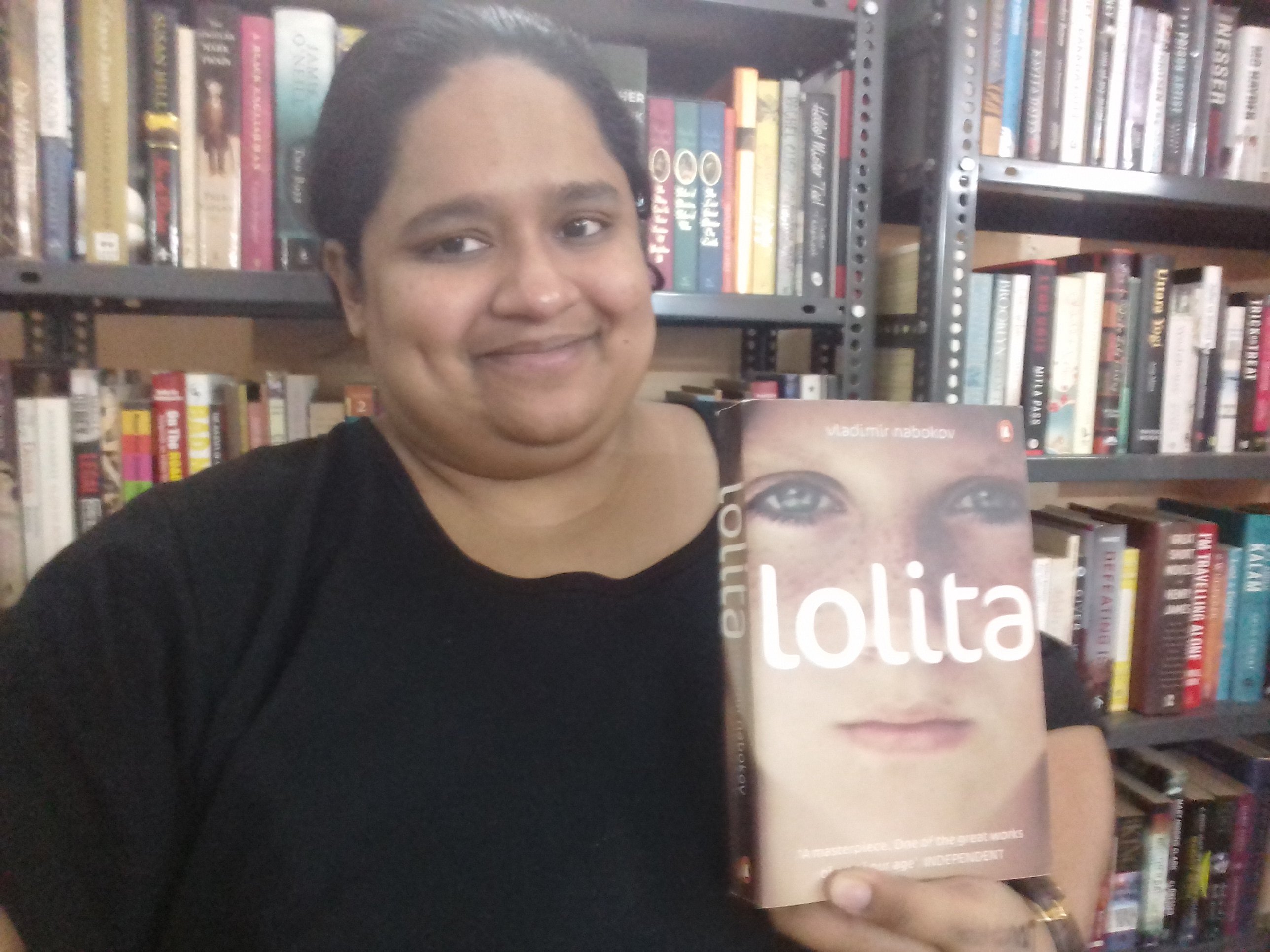 If you like good modern contemporary literature then this is the book for you. If you like the works of other Russian writers Chekhov, Tolstoy, Gorky, et al., but want something on the same lines but a bit toned down then this is the right book for you. If you are a literature or MFA student and are not shocked that easily then this is a book you cannot avoid reading as part of your education. To other regular readers like me, it’s a great book and read it when you are relaxed on a comfortable sofa with scented candles wafting a fruity fragrance in the atmosphere.

I hope this year to be reading more of Nabokov and will review his books on my blog. Happy reading to all who have read this!