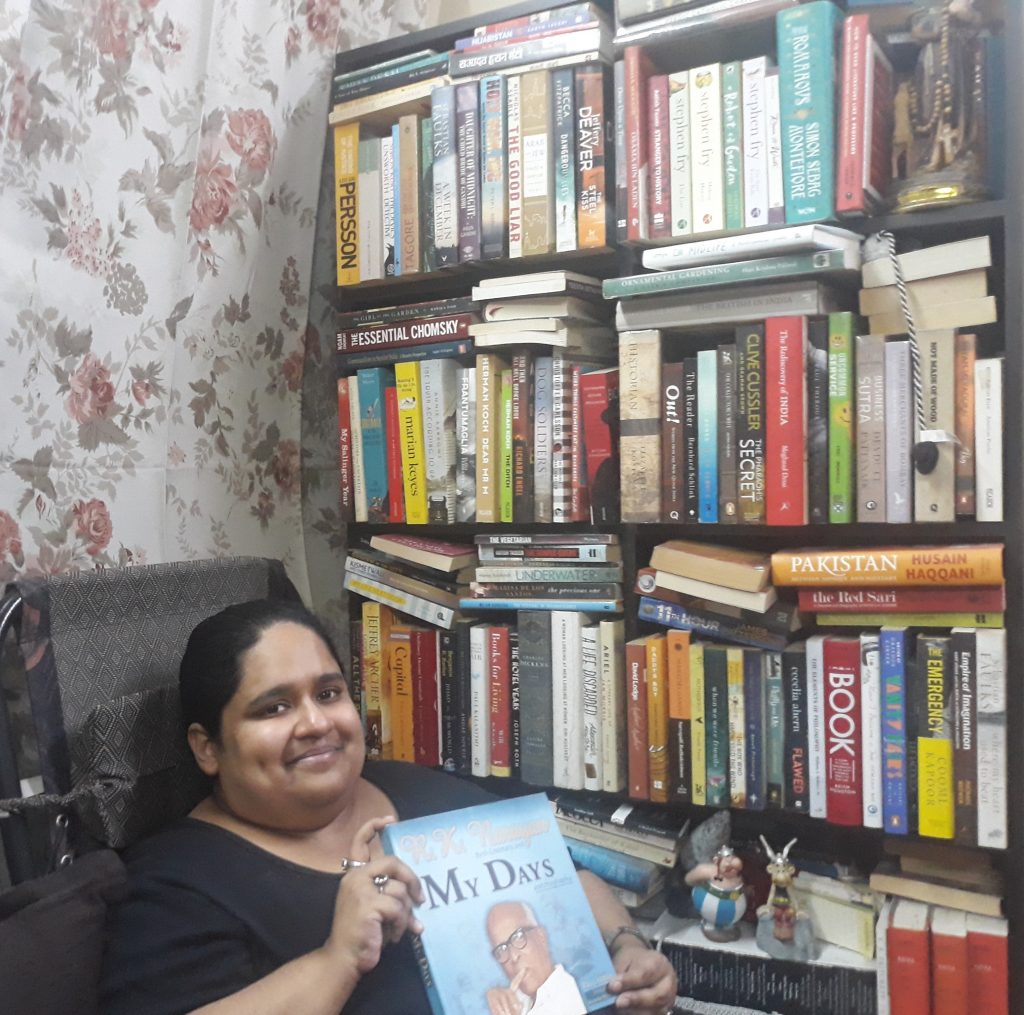 My Days is the autobiography of R. K. Narayan, also known as the Grand Old Man of Malgudi. He is one of the greatest literary figures India has produced. His ‘Malgudi’ series, are books that are very dear to every Indian reader’s heart, along with their memorable characters like the mischievous Swami, the theatrical printer Mr. Sampath, the graduate lover Chandran, the talkative man, and many others. Today, I am going to review My Days which is R. K. Narayan’s autobiography recalling the memorable moments in his early life, how he came to become a writer, his years in Madras and Mysore, the loss of his wife Rajam, the books he wrote, the crazy characters he met along the way, and much more. I have read My Days countless times in the past. R. K. Narayan happens to be my favorite writer of all time. My writing style is highly influenced by his, though I am much more serious than the Grand Old Man of Malgudi. I highly recommend this autobiography to everyone, especially readers of R. K. Narayan’s books. If you are a Malgudi lover and have not yet read My Days then please grab a copy of the book on your Kindle immediately, and learn how the creator of Malgudi came to be.

I enjoy the wit and prose form of My Days. The book is full of action, comical descriptions, and literary matter than can put you into a bookish mood. R. K. Narayan in a very informal manner, mentions all the events in his life that have made him the writer he is. Even after his passing away from this life in the year 2001, he still lives through his writings, especially through his short stories about the fictional South Indian town of Malgudi. It is a sheer pleasure to read My Days. I have several favorite parts in the book. One of my favorites is right at the beginning of the book when Narayan used to pose for his elder maternal uncle who was an amateur photographer in the early part of the twentieth century. Narayan used to pose for his uncle with a monkey and a peacock, who were his constant companions as a child. The peacock was more like a watchdog while the monkey was hankering after freedom so that he could harass the residents of Madras.

Another part of the autobiography that I love to read is the part where R. K. Narayan fails in English in the BA entrance examination. What a real-life irony that the person who became one of India’s first fiction writer to write in the English language failed an entrance exam in the subject English itself! This portion never fails to crack me up and I chuckle as I read on about how R. K. Narayan spent his one-year forced break from studies reading books and realizing that he was called to be a writer. I had once landed in a similar situation. No, I never failed any entrance exam. On the contrary, I was twenty-one years old and had just finished my B.Ed. in the year 2011. I was keen on studying for an MA degree in History or Sociology. However, instead, I got a job as a high school teacher in a prestigious ICSE school and took it up. This left me with a three-month-long summer vacation before school started. I used to spend that time reading books in parks, taking long walks in and around Bandra West, as well as pondering whether I wanted to take up writing later on in life or right then in my early twenties, which I eventually did. This was quite similar to Narayan’s walks, adventures in solitude, and reading of books which is described so beautifully in My Days.

The autobiography also chronicles the many popular figures that R. K. Narayan encountered during his life, like Graham Greene, Dev Anand, the Prime Minister of Mysore, Pearl Buck, Willian Somerset Maugham, and many other personalities. The person who was his mentor was the famous contemporary twentieth-century writer Graham Greene. He read R. K. Narayan’s first book and from then on there was no looking back for either of the two brilliant friends of letters.

Narayan wakes in me a spring of gratitude. Without him, I could never have known what it is like to be Indian. — Graham Greene

My Days is an autobiography that will resonate with any writer who has had to struggle to come into the limelight. Any rookie writer or poet can also get a lot of succor from reading My Days. It is an easy read, just like Narayan’s novels and short stories. It is written in a straightforward prose form which I really like and which any reader will like as well.

The book also centers around Narayan’s personal life. It dwells on his family, his maternal grandmother in Madras, his strict father in Mysore, the untimely death of his wife Rajam, his younger brothers one of whom became the famous political cartoonist R. K. Laxman, and so on. Anyone can just fall in love with Narayan’s queer but freethinking South Indian family, bustling with more people than one sees in nuclear family homes of today. I like to read about them but, my favorite will always be R. K. Narayan himself. I always feel sad when in the book he mentions the pain he experienced because of the death of his wife. He happens to have chronicled that part of his life in one of his novels titled The English Teacher. Coincidently, The English Teacher was the first Narayan book I read. It spurred me on to become a teacher and writer with a lot of zest. Little did I know that I was slowly falling in love with R. K. Narayan.

My Days is comical, reflective, sentimental, and vivid. One will never experience even an iota of a dull moment. Unlike other autobiographies, one can read and reread this book over and over again and never get bored. For writers, it is a must. For Indian writers, you are missing the essence of being an Indian if you have not read this vital autobiography yet.

Grab your copy of R. K. Narayan’s autobiography My Days today. I will be doing an in-depth analysis of the book in another blog post in the coming week. I will also be reviewing R. K. Laxman’s autobiography The Tunnel of Time and then I’ll do a comparative study on both the creative brothers’ memoirs in the coming days. Both books are excellent reading material for anyone who wants to learn more about what it means to be an Indian, especially a South Indian!