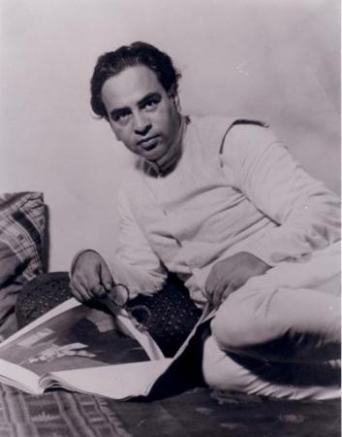 I’ve been fascinated with R.K.Narayan ever since I read his novel ‘The English Teacher’. The joke is, when I actually read the novel, I was not at all keen on becoming an English teacher. I was just wanting to be a History teacher as it was my pet subject & is still my pet subject undoubtedly  But the moment I read ‘The English Teacher’, I felt something which I had never felt reading the works of other Indian authors….I felt that I was really Indian & nothing can change that whatsoever. I then went on to read one after the other most of the novels & short stories written by R.K. Narayan like ‘The Bachelor Of Arts’, ‘The Vendor Of Sweets’, ‘Malgudi Days’, ‘Salt & Sawdust’, ‘The Mahabharata’, ‘Under The Banyan Tree & Other Stories’ etc. Every time I read a new Narayan title, I felt that I was reading into the heart & soul of a real writer, who….was just like me. He saw the same things that I as an Indian saw, he felt the same things as I feel as an Indian & most importantly…he loved being an Indian & describing the India that was real…STARKLY real, & yet…there is a lot of love, hope & moving on.

I was then a few months ago the proud owner of my dear R.K. Narayan’s autobiography ‘My Days’ but which I was only able to read last week due to the work regarding the publication of my own book.

What I read made me want to melt, here was my hero where Indian  writing was concerned….& he did not get the adulation or the money that he truly deserved. Even the movie ‘Guide’ which was based on his novel ‘The Guide’ brought a lot of profits for the film makers but not for the creator…not for Narayan. In the autobiography, R.K. Narayan sir very bluntly (with a bit of his usual simple humour which I adore) states the issues he had with not only the Bollywood fraternity regarding ‘Guide’ but also , foreign publishers, the education system, his landlord etc which is informative as well as rib tickling ‘funny’. He also writes about the death of his wife & how he coped with the trauma. I also realized that the book ‘The English Teacher’ had a lot in common with the phase of Narayan sir’s life when his wife passed away & how he started to ‘contact’ her with the aid of psychics. I knew that Narayan sir was sentimental where his writing was concerned, but until I read that piece about his wife…especially about the part about her sick bed, that really made understand the saying I once read at school :

” Just because I am smiling that does not mean I am happy – I may just be optimistic.”

For Narayan sir in his life was always optimistic, even when after six months of waiting, publishers rejected ‘his’ works. I could not even believe that some publisher’s had actually rejected ‘MALGUDI DAYS’ the epitome of Indian living & the Indian thought process. I was aghast when reading through Narayan sir’s life I realized that his first four books which were held later on as one of the greatest works in Indian fiction, did not earn him enough of cash. When I read through his struggles as a man of letters, I found myself…however, by the grace of God I had Kindle & Amazon on my side to make my start very – very easy as a writer of English fiction…..but Narayan sir was completely lost in the beginning because of the lack of publishers who were genuine. I was glad when Graham Greene came to Narayan sir’s aid & became his life long friend after that.

R.K. Narayan also I feel shows a gradual development in his reading tastes & then his way of writing. It reminded me of my own writing style which has changed over the years from simple theology to mysticism to complete fiction & these days to fantasy. However, R.K. Narayan’s character’s were all (or most of the time) people who he really knew in reality like Mr. Sampath the publisher who features as a prime character in a novel. The best part about the characters are that they all feel real, they are not artificial although the town of Malgudi in which all the stories take place is unreal…these characters are the real down to earth common Indians we see selling us our vegetables, sweets, fruits, fish ; the people like our irritating clerks, our over enthusiastic young teachers, our boring college professors, our elderly grandmothers chewing their paan etc.

The autobiography to me was an eye opener regarding that in a writers life there is going to be a lot of struggle & letters…..but I am ready for it, full on, just like my hero R.K. Narayan, the Grand Old Man of that little town which lies in the hearts of all those who love their India…Malgudi.