Premchand: His Life and Works by Hansraj Rahbar: Book Review 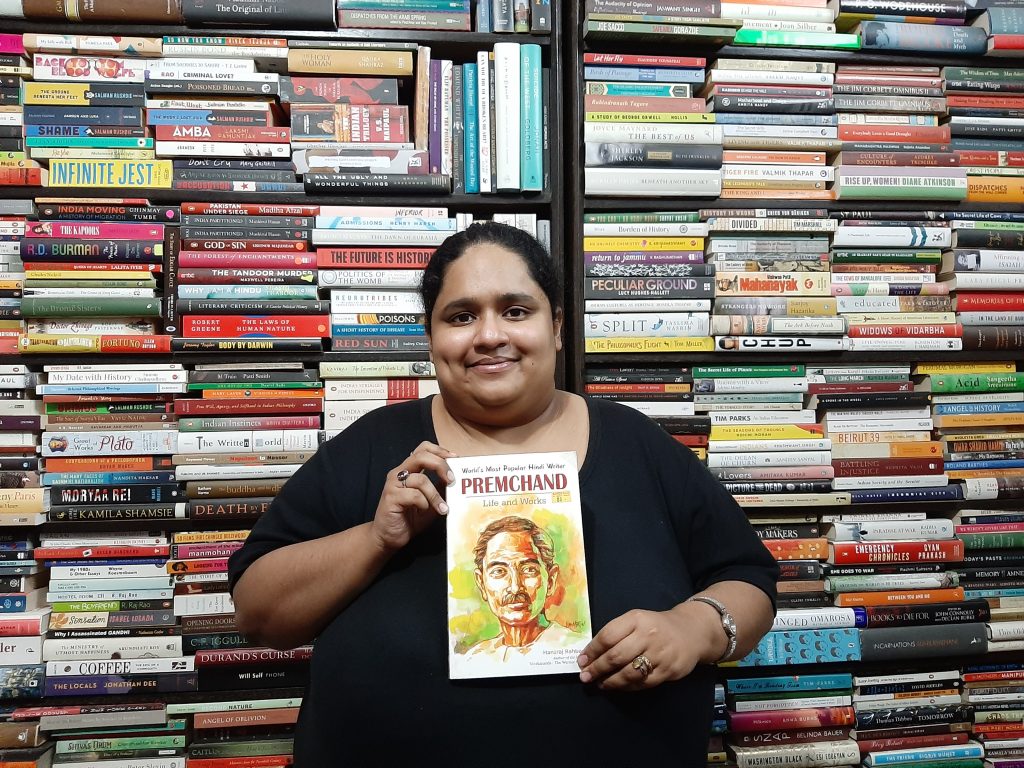 Known as one of the greatest Hindi and Urdu short story writers of the early twentieth-century, Munshi Premchand has captivated readers for many years. His legacy lives on in the words of esteemed biographer Hansraj Rahbar. Premchand is my fourth favorite writer. He is why I decided to continue with Hindi as a subject in college and not pick French. In college, I always scored the highest or second highest in Hindi. I have never found any Hindi literature textbook that does not include a short story penned by Premchand. I experienced the blunt, straightforward, yet moralistic literature of Premchand’s short stories in school and college. However, it was in college that I started reading more of Premchand’s novels and realized how much I loved his writings. After college, I started teaching and writing to earn my living. I used to visit the Ashish Book Center’s Book Fairs held bi-annually. During their 2016 book fair, I found the book I am reviewing today, a biography of Munshi Premchand titled Premchand: His Life and Works by Hansraj Rahbar. I picked the book along with 100 plus others, which I packed in boxes and brought home. I only managed to read the book this week.

Farsight Publishers and Distributors have published the book. The edition that I have is a 2012 edition. The book, however, was first published in the year 1949 in Hindi and then in English in the year 1956. It is universally considered to be the first authentic book on the life and works of Premchand. The book has also been published in Urdu and Russian. The writer of the book is the well-known leftist thinker and activist Hansraj Rahbar. Rahbar has also penned several great biographies on Jawaharlal Nehru, Swami Vivekananda, Bhagat Singh, and others. I’m glad Farsight Publishers and Distributors printed this book and made it available for readers and lovers of Premchand to understand the man behind all his realistic and, most of the time, revolutionary short stories and novels.

Rahbar, through an in-depth analysis of Premchand’s works, tries to bring out the person who was considered the Tolstoy of Hindi and Urdu twentieth-century fiction. I noticed that myself when I was in college studying Hindi literature and reading Premchand’s novels like Karma-Bhumi and Godan in the St. Andrew’s College Library. Premchand is the Tolstoy of Indian fiction. He was a simple man who wanted to lead a simple life. So as long as he could write his books and publish them, he had nothing else that he longed for. He celebrated the lives of Indian peasants, the lower castes, the oppressed, women, animals, etc., in his fiction. He was a social reformer at heart who had Marxist tendencies.

Hansraj Rahbar beautifully narrates the story of Premchand’s life. I liked the way he analyzed Premchand’s fiction pieces to give readers an idea of what was going on in the mind of this stalwart of Hindi and Urdu fiction. However, the book definitely could have been better edited. There are several glaring editorial issues. They are all simple typos, which can be easily corrected. Nevertheless, the book is a must-read for all those who love the works of Premchand. It is an essential and motivational read for young budding writers and all those who want to make a difference in life through their writings.

This book makes me realize that the person behind the many novels and stories was one of the most underrated writers in Indian fiction while he was living. As a writer, if I had to undergo half the things Premchand had to endure, I would not have survived. He was indeed a very humble and, yet, a remarkable man. His stories and novels were his way of reforming society. In India, those educated in a convent and elite schools know very little about Premchand’s talent. We must attempt to reread all his short works and novels with a discerning eye, for the man was not dissimilar to his stories. Hansraj Rahbar has analyzed each work meticulously and writes about the conversations he had with the people who knew Premchand. Therefore, the information is authentic and validated by the family of Premchand. Though Premchand had a hard life, he still managed to make a name in literature. He went through a lot of turmoil due to the two magazines or newsletters he insisted on publishing. He went through trouble with his immediate family and his virago first wife.

Premchand was mild and good-tempered, a man who doted on the ones he loved. He was a good man and too honest sometimes for his own good. Rahbar paints an unbiased picture of him in this excellent biography. Premchand was leftist and yet, did not want to go all the way with that trend in politics. Mahatma Gandhi and his non-violent satyagraha influenced him, but he also was critical of some of the reasons behind Gandhi’s acts, which made him question the Mahatma. He was also one of the few upper caste writers of that time who was always writing about the lower castes and the issues related to women. Premchand was a realistic fiction writer, and his favorite genre was the social issue angle of realistic fiction. To learn about Premchand, get this book today on Amazon and read it.

I have given this book four stars on Goodreads mainly because I cannot overlook the glaring typos in the book. I don’t think the typos are a mistake on the part of Hansraj Rahbar. Despite the typos, it is still a good book and a keepsake for all Premchand lovers. This edition has a beautiful section where Premchand answers how he writes his stories and plans his novels, which I found very revelatory. There is also a mention of Premchand’s speech at the Progressive Writers Union meeting, which is very riveting. So do buy a copy of this book and read it. I plan to read some of Premchand’s books in English, which I had earlier read in Hindi while at school and college. Premchand has always been an inspiration to me, and I hope he will continue to guide me towards better literary efforts.