Black Sheep Documentary Film- London International Film Festival
Director/Producer: Reshel Shah
Need your #support and #vote for this documentary film “Black Sheep”, which has
been preselected for screening at the London International Film Festival.
CLICK THE LINK BELOW, WATCH THE TRAILER AND CAST YOUR VOTE FOR
“Black Sheep” – A Journey of Friendship, Family and Fate
http://worldfilmpresentation.com/film/black-sheep –  Feel free to reblog -Fiza Pathan 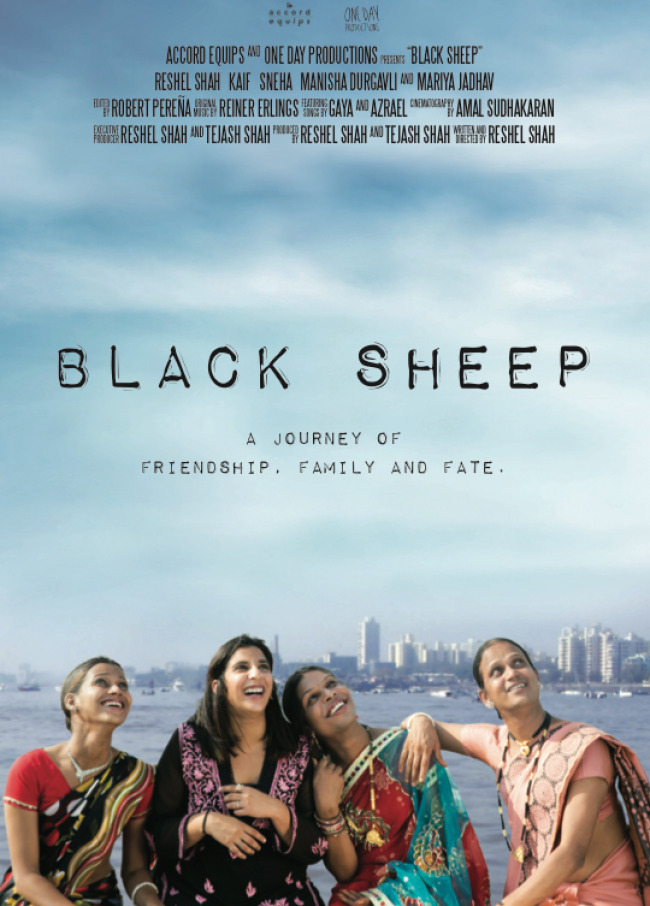 About the film:
Black Sheep is a 70-minute feature length documentary following a group of Hijras and the crew as they create new bonds of friendship while they proactively, through empowering events, break the barriers of popular myth and prejudice. The cinematic journey will move beyond the gritty slums of Mumbai to celebrate the real-life joys and multi-faceted personalities of this unique community of transgenders in India. From empathetic glimpses into their everyday lives, the narrative will encapsulate a series of adventures ranging from photo-shoots to fashion and talent shows, to celebrate the glorious femininity of the Hijra protagonists. Empowering adventures will include a DIY makeover for their currently grim workplace to bridging the emotional space between society, the families and the Hijras.
The film will shine a light on these inspiring Hijras who have demonstrated the courage to go up against society’s strictures to fulfill their true destiny.
“Black Sheep” will underscore the importance of freedom and living true to one’s identity and confront the negative portrayal of this hitherto marginalized section of Indian society. The objective is not to sermonize or castigate. Black sheep will be a beautiful, poignant documentary that honors and celebrates the freedom to live true to one’s destiny.