You are here: Home / Archives for Fiza Pathan

Welcome to Day 12 of the WATCH “RWISA” WRITE Showcase Tour! #RRBC #RWISA Today I get to feature myself and my own work! I’ll call it self-promotion. The Star Pupil’s Diary Entry Fiza Pathan Dear Diary, I had a wonderful day at school today. I got a star and I’m going to tell you all about it. I’m eight years old, but I’m the tallest boy in the class. I, and the … END_OF_DOCUMENT_TOKEN_TO_BE_REPLACED 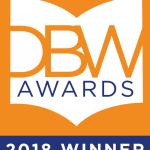 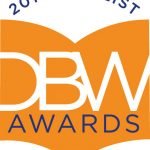 Digital Book World 2018 Award Finalists Announced September 10, 2018 |Bradley Metrock, CEO Score Publishing We are pleased to announce the Finalists for the Digital Book World 2018 Awards - part of the DBW 2018 program and the largest publishing awards program in the world. We received an incredible number of submissions, from all over the world. As we culled … END_OF_DOCUMENT_TOKEN_TO_BE_REPLACED

Vadik and Alyosha were in their woolens playing with the football in the snow. Alyosha’s baby brother, Lyosha, was sitting on a moss-covered rock watching the game intently. The elder boys cursed in their native language whenever the ball did not do what they wished it to do, and this was disturbing little Lyosha quite a bit. His mama had told him never to curse or swear and he … END_OF_DOCUMENT_TOKEN_TO_BE_REPLACED 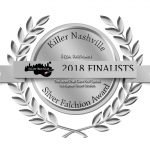 The Killer Nashville Silver Falchion Award Finalists have been determined. It is my honor to announce that my book The Love That Dare Not Speak Its Name: Short Stories by Fiza Pathan is a #Finalist in category Best Short Story in the Killer Nashville 2018 Silver Falchion Award. As mentioned in their email dated August 8, 2018: We’d like to thank all who entered the 2018 … END_OF_DOCUMENT_TOKEN_TO_BE_REPLACED