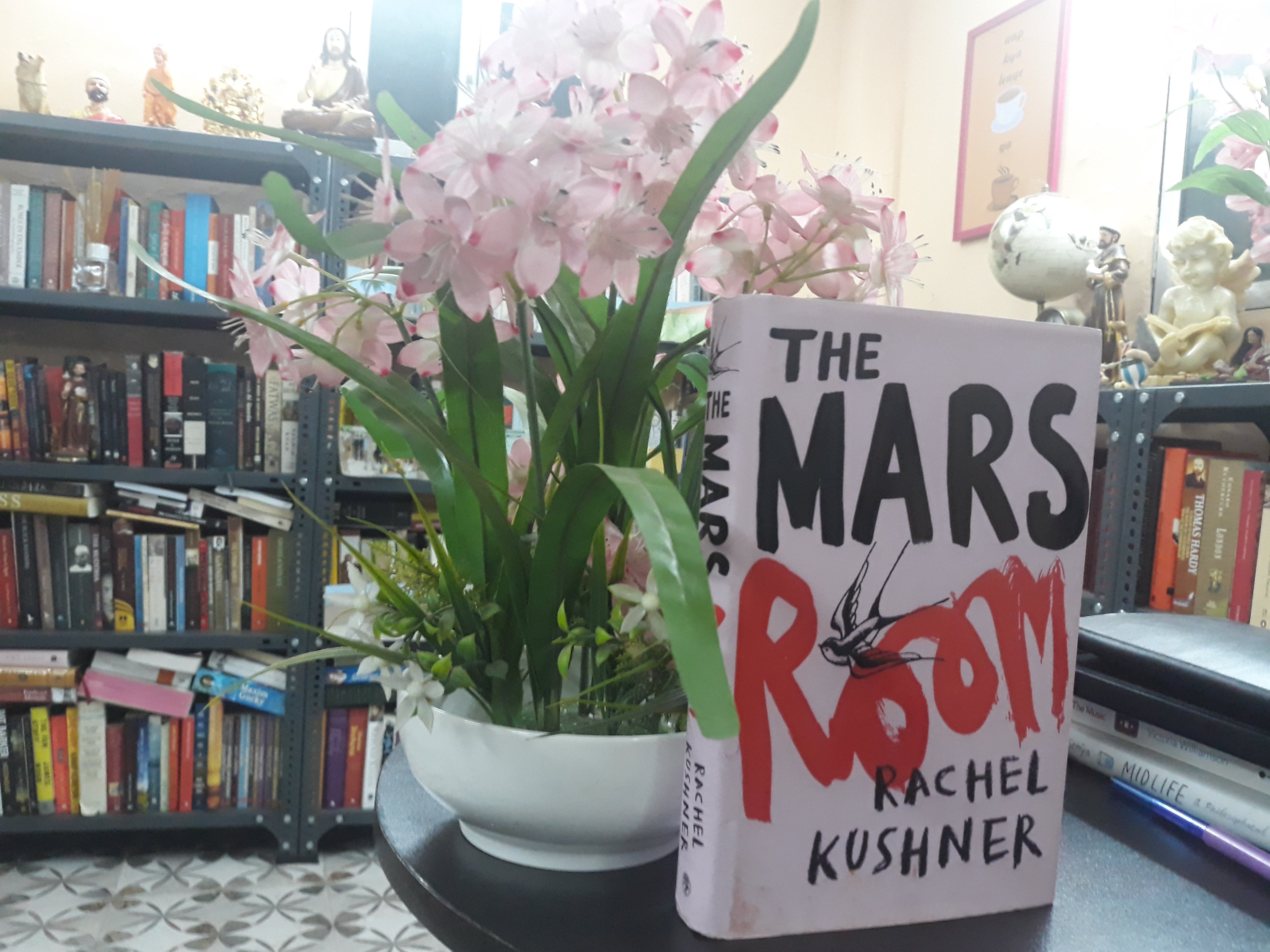 I managed to get all the 2018 Man Booker Prize Longlisted books via Waterstones in the U.K. It took some time getting here to Mumbai and throughout the wait I was sick with worry for my precious hardbacks. The day they arrived I was in a sort of heavenly bliss, they were all hardbacks! But like all typical avid book phoenixes, I didn’t get down to reading all the books before the winner was announced. I only managed to read Rachel Kushner’s ‘The Mars Room’ last month.

At the outset, I want to say that I just loved the book. It was penned in a unique way and had so much of meaningful symbology to it that it really impressed me.

Prison life in America seems awful, but if you are from India, you know that the state of Romy Hall, the protagonist in the Stanville prison, is not as horrific as some of our women criminals face in Indian jails. That’s the problem with me; I can’t review a book without looking at it from an Indian perspective. But yes, Rachel Kushner has got into the skin of a woman prisoner in America and it is gritty, interesting and shocking. I have read many books about American prisons in my time but I’ve never read a book like ‘The Mars Room. This book is a work of literary art and no wonder it was longlisted and shortlisted for the Man Booker Prize 2018. 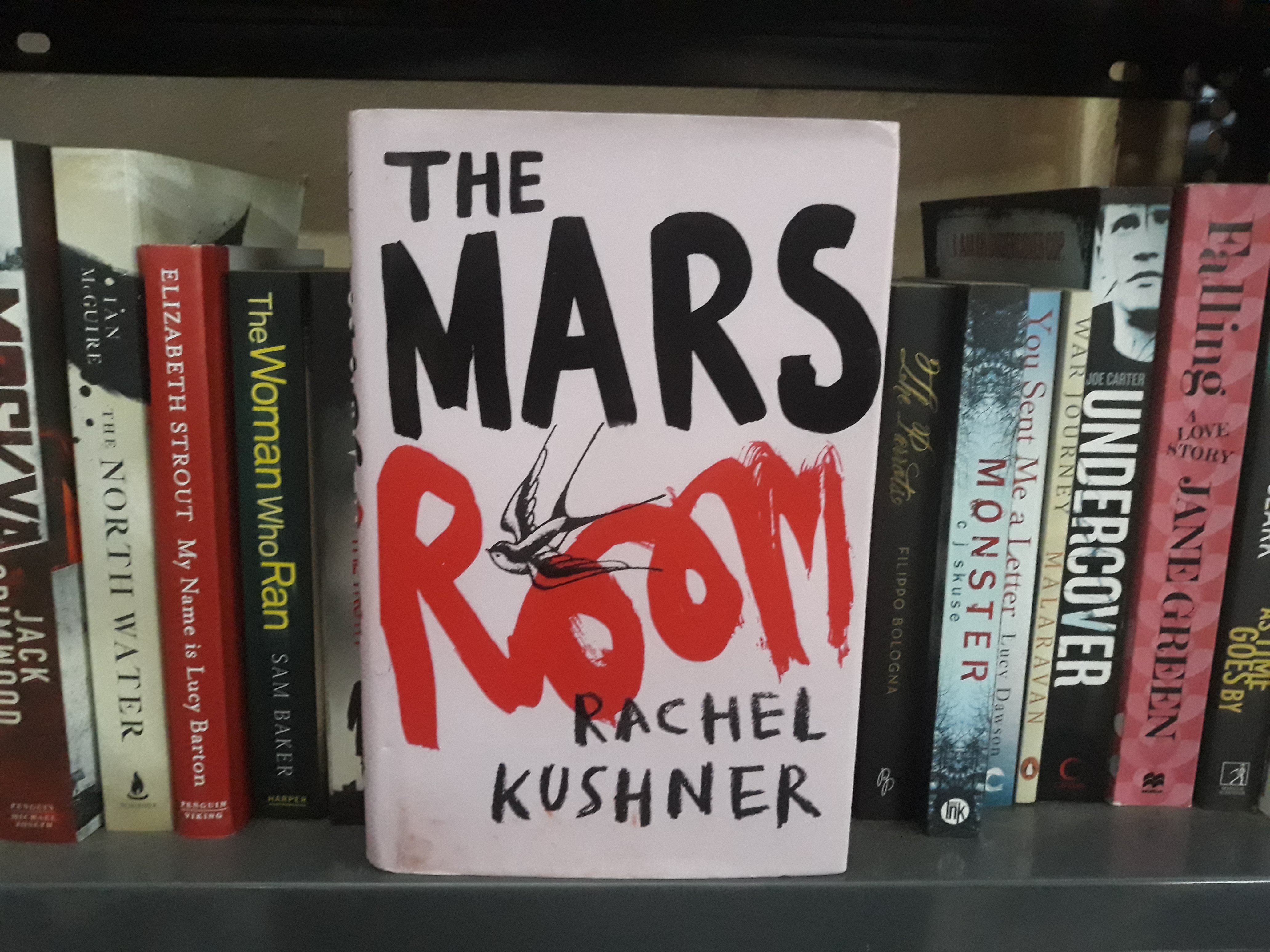 The protagonist of the story is Romy Hall who is serving her time without parole and sees the ugly, good and shocking side of American prison life. She is the mother of a little boy whom she last saw in the middle of her court proceedings when he was seven years old. Romy was arrested when he was five years old. As she was pulled away from him, Jackson, her son, with his yellow ducky (comforter) in his arms keeps on running after her and calling to her. Throughout the book, Romy is shown to be deeply concerned about her son Jackson while at the Stanville prison. Then something unexpected happens and Romy now is worried about the custody of her son. But how does a criminal doing time without parole state that she should be allowed to have access to her only child? All these and much more is analyzed in Rachel Kushner’s ‘The Mars Room’.

Hands down, this book brings out the human side to all women criminals as well as discussing their status in the society that has banished them from their regular world. From transgender’s to transsexuals, lesbians to Black women, Native American women to marginalized Asian women all are represented here in ‘The Mars Room’ with the character sketch perfection of Rachel Kushner. The depth of analysis and presentation of these women, their slang, and their lingo has been so well portrayed that I am in awe. Either Rachel Kushner has a good access to prison life in America or she has taken pains to study this subject in great detail and at the end of it has done a marvelous job with ‘The Mars Room’.

But, do remember that the title of the book has nothing to do with prison, but with a strip bar where Romy Hall used to work. She had a boyfriend Jimmy Darling whose company she enjoyed. However, due to the stalking of a man, Romy gets so enraged with him that she kills him and lands herself in prison.

Rachel Kushner takes us through her novel back and forth through the eyes of Romy Hall, Gordon, Doc, Sammy  to show the sad lives that some people live, how they end up criminals and then how they end up doing time without parole or worse. When Romy is telling her story, she goes back to ‘The Mars Room’ part of her life and then to Stanville and it all makes excellent, informative and intellectually stimulating reading. As I mentioned before, there is a lot of symbology used in the book from Jackson’s comforter ‘yellow ducky’ to Gordon living in the middle of a sort of wilderness, the electric fence around Stanville to the towers that the character Button in a drugged induced state calls God, from GED tests taken by Romy Hall and the high-heeled shoes of Betty who is on death row – everything is packed with intellectual and sociological meat to chew on that makes ‘The Mars Room’ a splendid read.

You cannot read ‘The Mars Room’ without at some point wondering that the girls and women in Stanville don’t really deserve to be there. We also feel that there are worse people out there and some in Government offices (Rachel Kushner’s reference to President George Bush and the war on Iraq) that should be the ones inside in the first place, and not fifteen-year-old pregnant teenagers. There is no doubt that you will love all the characters in the book, however terribly ‘gone’ they may seem or maybe not seem to be.

If I had to pick one symbolism in ‘The Mars Room’ that really touched me, I’ll definitely go for the talk when one of the characters said she watched Saddam Hussein being sentenced to death and hanged on T.V. a totally unwanted, hated and despicable man; but it seemed that at his own hanging, Saddam seemed to ‘have the last word’ in that place. This was a great symbology of how really evil men don’t even have remorse even at the last stage of their lives, while women at Stanville are made to feel their remorse more than what is needed, always subjected to abuse by the prison authorities while real criminals don’t get time to feel ‘the pain’.

Indeed, I agree with 2017 Man Booker Prize winner George Saunders, who said, “I honestly don’t know how she (Kushner) is able to know so much and convey all this in such a completely entertaining and mesmerizing way.”

The book can also be a real entertaining way of studying the social issue of women in captivity and American women prison issues in the subject of Sociology. As I have said, I have read many books about the American prison system and ‘The Mars Room’ is one of the best I have read in that category. 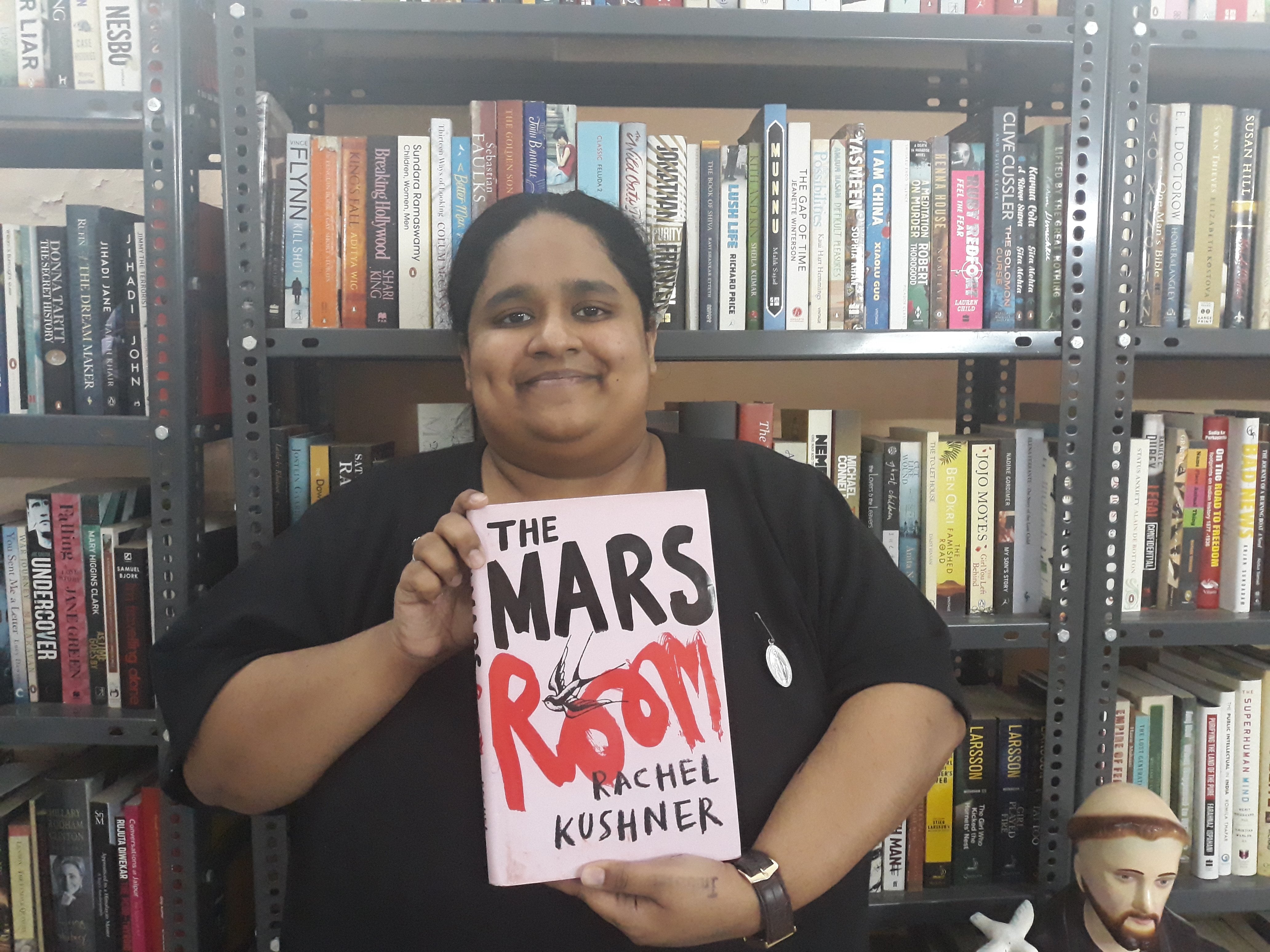 I highly recommend the book to anyone and everyone, though if you are under the age of eighteen then don’t pick the book just yet. This is definitely a hardcore adult but social issue fiction book and needs to be read for both its literary content as well as it’s Sociological and ethical content.

Minority and Black American literature lovers will also appreciate this book as well as feminists of all colors. If you love reading books chosen by the Man Booker Prize and don’t know what to read next, read ‘The Mars Room’. You’ll thank yourself for doing so. I highly recommend this book to Literature grad students as well as students of sociology.

Happy reading to all and do support Rachel Kushner’s books!