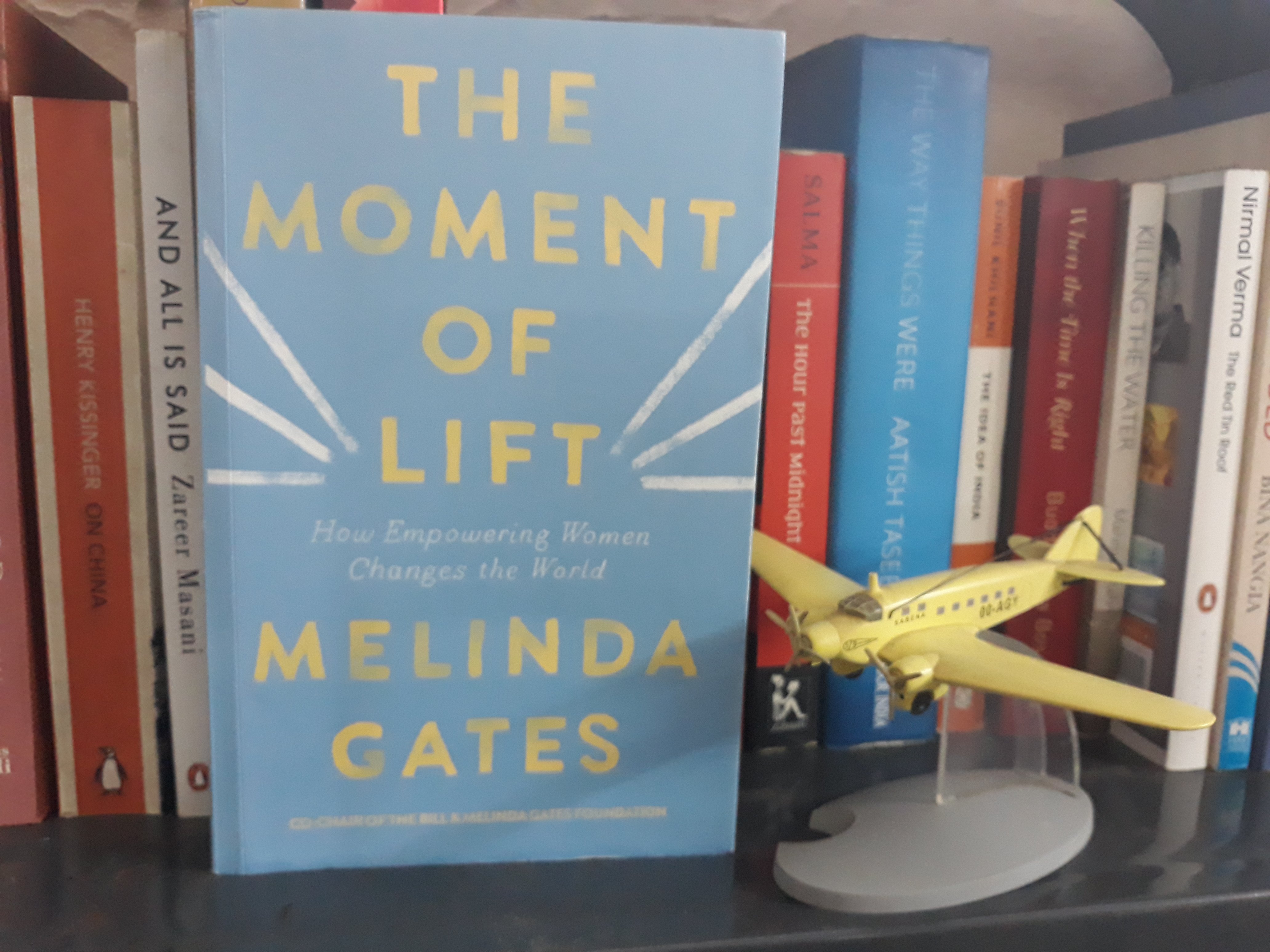 After Barack Obama named ‘The Moment of Lift’ by Melinda Gates as his recommended reading for Spring, I immediately decided to buy the book. I managed to do so last weekend when I visited the Granth bookstore in Juhu, Mumbai. When I reached home, I started reading it and I just couldn’t put it down.

The book was inspiring, well-crafted and terrific to uplift oneself. I highly recommend it as a motivational read for women all over the world, facing a hurdle in any form. You will get the courage you need to go through with it all after you read this book; please go and get your copy now.

I read this book last whole week while I was convalescing due to fluctuating blood pressure and weakness. Nevertheless, I was still teaching, correcting tests and doing research for my next book. I have to work, or my business will suffer. I was told to take complete bed rest, but I still pushed through a rough week of work.

Why? Because that’s the part of a woman’s life. We are living on the edge every day, especially those like me who are the sole breadwinners of the family and who are multi-tasking through it all, so that we can live fulfilling lives. This book motivated me to get through my tough week. It will help you to get through yours too; trust me.

Melinda Gates is a woman who has convictions. She is aware of her position in society and the responsibility she has because of her power. But believe me, she doesn’t get that ‘power’ because she is the wife of Bill Gates, one of the richest men in the world. She already had that power right from the time she was in school, studying under the supervision and guidance of Catholic Ursuline nuns. Melinda owes a lot to those nuns, the same who taught her the virtue of goodness, courage and risk-taking. It was the nuns who started keeping four computers at their convent school for an educational institution of 1,000 young girls. They taught them the basics of computers, coding and lots more, which in Melinda’s case ended up with a love for software development. 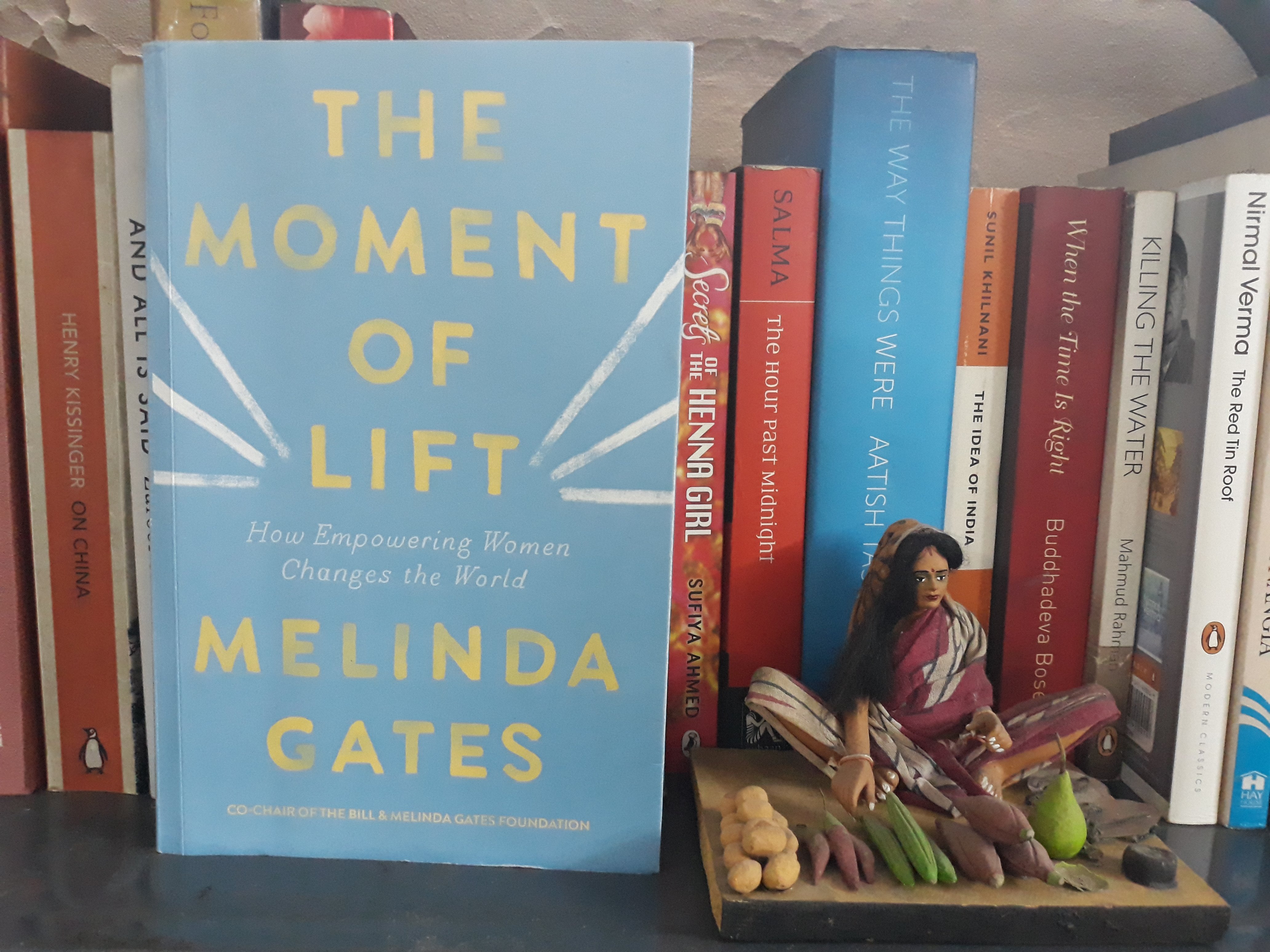 All this and more is chronicled very beautifully and simply, in an easy to read manner in ‘The Moment of Lift’. If you are pondering about the title, well, Melinda’s three children whenever they are taking off in a plane say together ‘wings’ which to them is the real ‘lift of moment’. While they are still moving on the runway, they say ‘wheels’. It is this journey from ‘wheels’ to ‘wings’ that Melinda focuses on in her book about women empowerment. She focuses on the many women she has met through her philanthropic work as the co-chair of the Bill Gates and Melinda Gates Foundation.

The women mentioned in the book are amazing and awesome. They are the ‘real’ women of the ‘real’ world with ‘real’ problems which they work hard to overcome, surpass, rectify or deviate from.

From women in the urban work force to agricultural laborers, from women in desperate need of contraceptives to women in need of the authority over their own bodies, from women subjected to FGM or female genital mutilation to women subjected to child marriage early on in their lives – these are the stories and victories of the women who need a voice and helping hand, and sometimes Melinda manages to help out, sometimes she fails, and she feels terrible when she fails, especially where succor can be got easily but for the primitive practices and archaic laws set in place to debase women since the time of the Mesopotamians.

The following are the topics tackled in the book:

These are the core areas where Melinda has worked in, for and with. Her three children Jenn, Rory and Phoebe also along with Bill Gates have sometimes lived for days with afflicted women and families. They do so to learn about the real problems affecting the people they are serving. They do so because just handing in the cash without understanding the actual ground reality is of no use. Melinda has realized this the hard way. She hopes that others reading ‘The Moment of Lift’ will fare better than she has. Another reason for visiting these areas is Melinda curiosity to learn about different places and cultures. She says then it is easier to comprehend what aid they need and why their situation is unique from another country’s situation.

For example, in Ghana it is a religious taboo for men to carry load or work in the fields. Only women are allowed to work and are misused and underpaid, just because they are women. Melinda says that if she hadn’t known this and just had paid the expenses, it would have all gone waste because the male doesn’t step into the field to harvest the crop but is the only one allowed to attend meetings with dignitaries for aid. Women are not allowed to meet other men, even the ones who have come to aid them. And that is where they lose out.

These and many other analytical examples are mentioned in this book.

I was surprised to see that much work has been done by Melinda’s foundation in my own country India. Being a sociology student in college, I was aware of all the issues she was faced with regarding India, especially with relation to child marriage, lack of contraceptives, unpaid work, newborn deaths, female feticide and lack of education of Dalit women. I was marveling at her grasp of our culture, and the way she has understood the problems facing our democracy.

I felt one with the book from beginning till end. I especially was shocked by the parts where Melinda Gates because of her convictions has a tussle with her Catholic faith. She mentions in the book that she has discussed her issues over certain norms of the Catholic church with several heads of the Catholic church, but strangely hasn’t mentioned who these eminent individuals are in the book ‘The Moment of Lift’. But being born and brought up in a Catholic household myself, I felt one with her issues, doubts and questions. 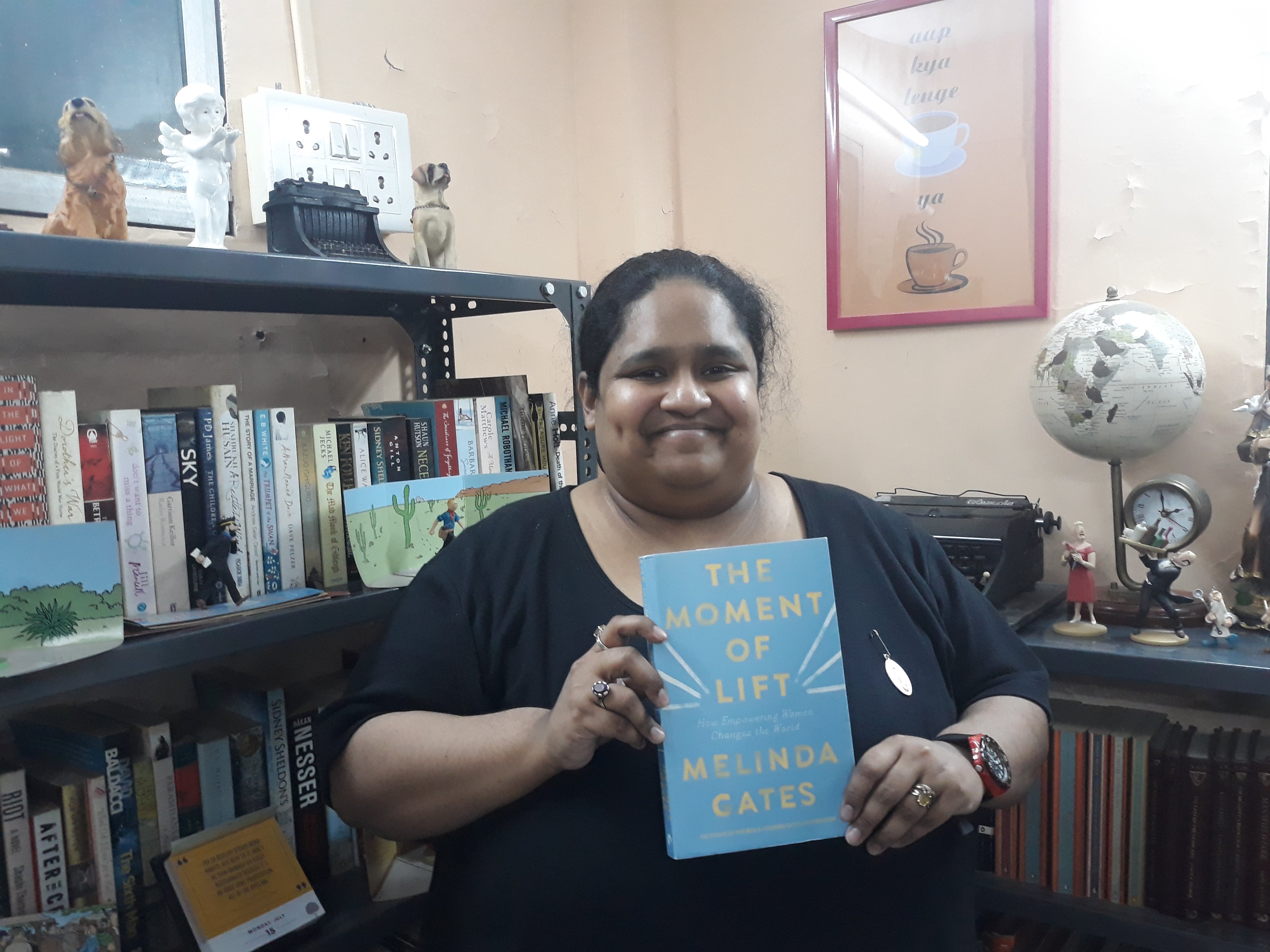 This and much else you will find when you read this motivational book. I highly recommend this book not only to women or those who identify themselves as women, but with all who want to feel empowered and want to empower others. This book is not a heavy read at all and it’s ‘unputdownable’. Please read it not only in the Spring but every time you feel down and out and need a ‘pick-me-up’ in the form of a great read – a convincing read from one of the most genuine philanthropists whose words I’ve ever read.

I hope everyone gets a copy of this book and reads it and relishes it.

Happy reading to all, especially all you lovely women out there!